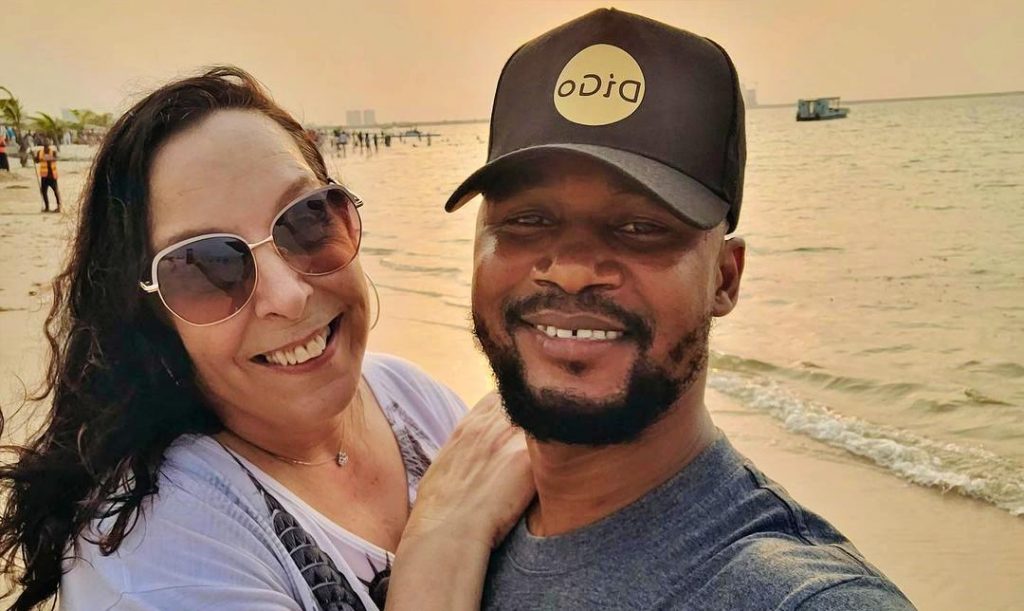 Kimberly has reacted to the hate she receives from 90 Day Fiancé fans on social media during an interview with Entertainment Weekly.

90 Day Fiancé star Kimberly Menzies has been receiving online hate via social media on her relationship with Usman Umar. ET’s Melicia Johnson caught up with Kim about the latest season of 90 Day Fiancé: Happily Ever After? Meanwhile, Kim assured her that she is secure in her relationship with Usman, despite the online hate and being called “delusional.” 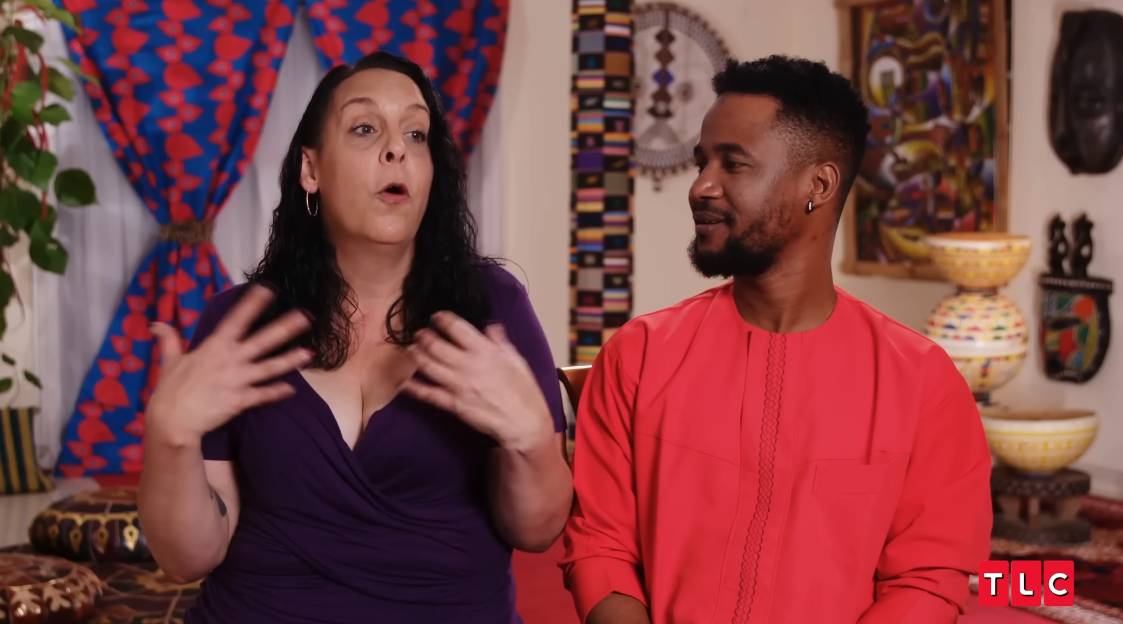 In recent episodes, 90 Day Fiancé fans have been following the ongoing story between Kim Menzies and Usman Umar. As fans know, the Nigerian rapper named Sojaboy has been in a similar situation before with his marriage to Lisa “Baby Girl” Hamme. Whether he is entering these relationships for a green card isn’t clear, but his relationship with Kim is certainly unconventional.

As with Lisa, Kim and Usman are having problems this season with his family, as they don’t want to accept the relationship with an 18-year age gap. To them, this probably feels like déjà vu from his time with Lisa. However, again, the family wants Usman to give them grandchildren and obviously, Kim cannot provide a baby. There has been much talk of Usman getting a younger wife to handle the “children” side of things. However, Kim insists on being his first wife.

She told ET that her relationship with Umar is the real thing, describing it as an “honest-to-God relationship.” According to Kim, she had the chance to spend private, quality time with Usman in Nigeria away from the cameras. She says this is when she really got to know him.

Usman has a sense of humor

According to the TLC reality star, Usman can be “really funny” and she doesn’t think people understand what a good sense of humor he has. As she went on to note the reasons why she fell so hard for Usman, she claimed they have “so much in common.” Menzies told Melicia:

I know it sounds crazy as hell but we like the same TV shows, and we like the same food … I really felt like I met my soul mate, you know? In my whole 52 years of living, I’ve never felt so comfortable with another human being. He just likes it when I’m dark circle Kim with my hair pulled back, you know?

And I just feel like seeing him and knowing where he came from, it just made me love him that much more. Like, we went and we fed the poor and the homeless when I went on my private trip and … that’s what I always wanted, somebody that is just as giving and as kind-hearted as I am.

90 Day Fiancé star Kim knows what she is getting into 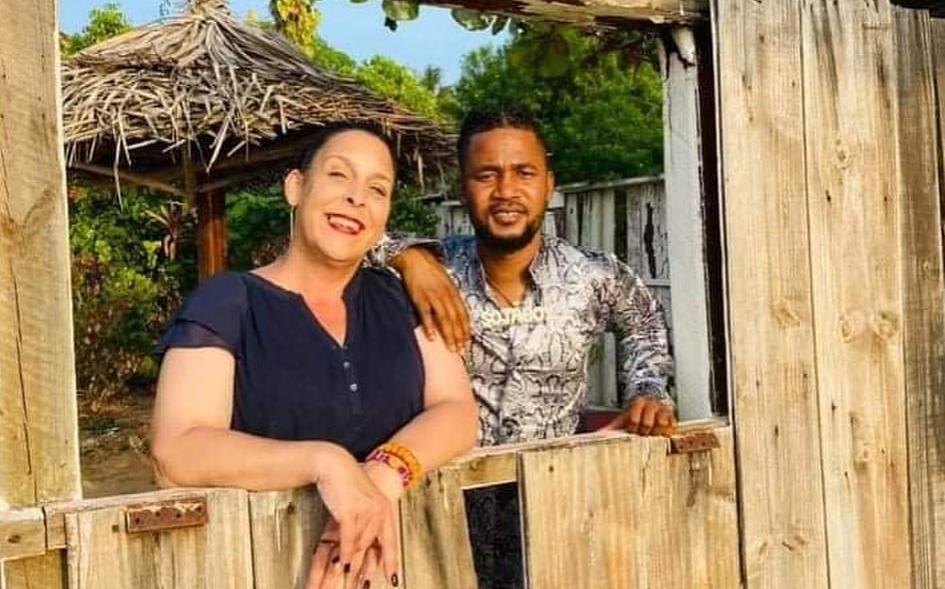 Kim does acknowledge that her relationship with Usman could be seen as one-sided, as she has to sacrifice so much to be with him in Nigeria. She is even accepting of the fact that he wants multiple wives. In Nigeria, every man wants a wife to give him children, and obviously, Kim is not able to provide.

Menzies says she does understand what she is getting into, after doing research on multiple wives. She knows that she would welcome being in his children’s lives. Referring to the popular dystopian TV drama, she says:

I want to make that clear I would never make another woman feel like The Handmaid’s Tale, OK?

Kim stresses that it isn’t like that and she would “totally be in the child’s life, totally.” Menzies added that even if it is just “my Christmas here or whatever.” Moreover, she pointed out that she is not raising the child, but would be more supportive than she has been in the past.

Kim went on to say that she loves Usman enough to “let this happen” and she has learned that she has to pick her battles. While she has stepped aside when the subject came up before, now they have talked about this and how it is going to be. Meanwhile, the 90 Day Fiancé star said that if Usman should travel to America, he is going to have to adapt to her culture too. 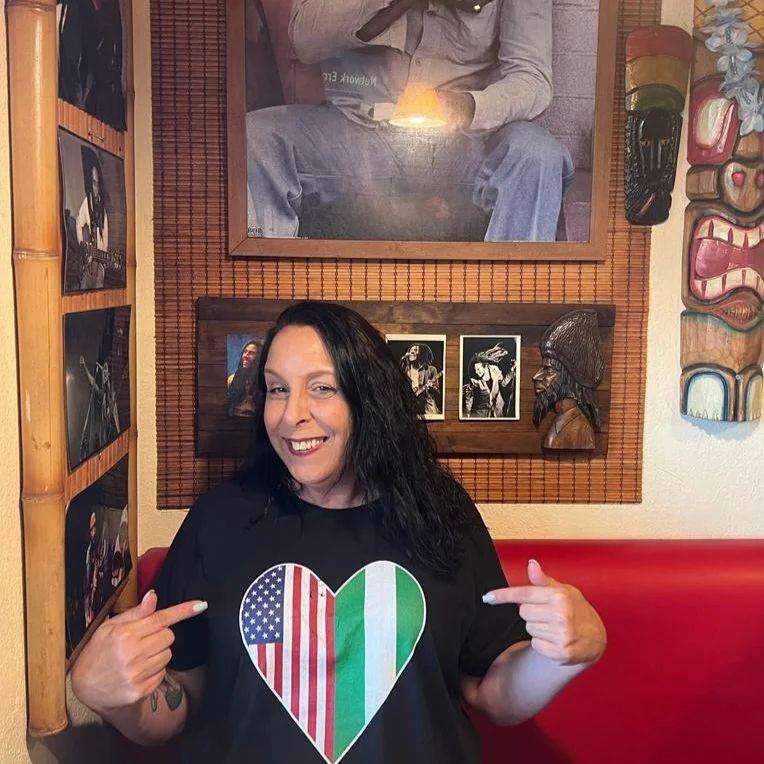 In the interview, Kim did acknowledge that the online hate does affect her deeply, but says it is Usman that has helped her keep her confidence. In fact, she claims he has given her “a lot of self-worth.” Speaking of the hate, Kim said:

I know you guys don’t see everything, but do you know what it’s like to wake up every single morning and look at your social media and see how ugly I am, how desperate I am? I am going to cry, sorry. How delusional I am, throw-up emojis, I mean, that disgraces me more and my self-worth than anything Usman has done so far.

Menzies explained that she blocks “all damn day,” but her self-worth is very important to her right now. “At 52, I am beautiful. I look amazing. I probably look the best I have ever looked, right? And Usman gives me that too.”

Readers can see the interview between Melicia and Kim here:

Keep up with Kim and Usman on 90 Day Fiancé: Happily Ever After? on Sundays at 8 pm ET/PT on TLC.