90 Day Fiance cast members Tiffany Franco and Tania Maduro are at it again. The two women who have become best friends are having a lot of fun together lately. Their latest social media creation has fans laughing out loud.

When 90 Day Fiance stars Tiffany Franco and Tania Madura first met, the two women had nothing in common. That is other than both starring on the hit TLC reality series.

Some viewers considered them as different as night and day. So, when the two women became friends and began spending a lot of time together, it surprised their fans. 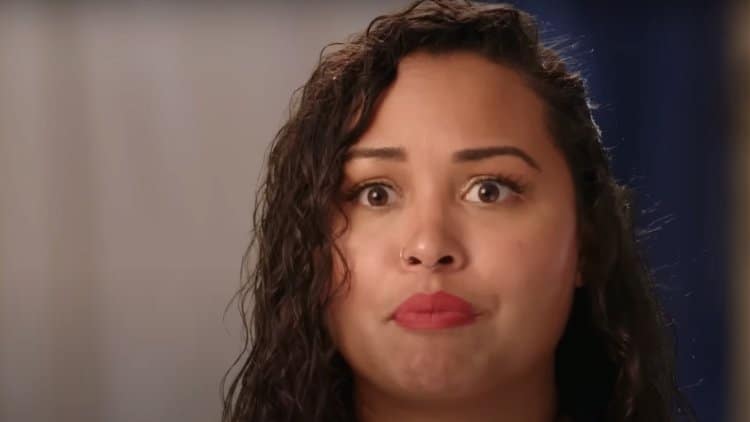 On Thursday, Tania and Tiffany spent some time hanging out when one thing led to another. Before they knew they were taking a video participating in the latest TikTok challenge.

The challenge The Single Life stars threw down is called the #squirrelchallenge. The women are seen laughing and dancing to the S.I.M.P. (Squirrels In My Pants) song from Phineas and Ferb.

Neither Franco nor Tania Madura could keep a straight face during the video, but they looked to be having a blast together.

In the past, Tiffany and Tania Madura have both been unlucky in love. They each started their quests to find romance on different TLC reality shows. However, things did not work out for the women, and now they are starring together on 90 Day Fiance: The Single Life.

However, when they decided to keep on going with their pursuit of love, they each ended up on the same spinoff show.

Now that they are working together, fans of 90 Day Fiance can’t get enough of the two women. Viewers call on and off the reality series to see more of the two women on their journey to friendship and love.

Tania Maduro and Tiffany Franco may have found true friendships with each other. The pair are determined to stay the best of friends.

90 Day Fiance: The Single Life viewers say that the relationship between the pair is so genuine. They would like to see the network focus more on their relationship as friends with a spinoff show.

Some TLC viewers feel that Tiffany and Tania are entertaining enough that their stories are strong enough to support a spinoff series. Do you agree?

Would you enjoy a Tania Maduro and Tiffany Franco 90 Day Fiance spinoff? For now, their fans can catch the two women on Sunday nights on TLC and Discovery Plus.

One thought on “’90 Day Fiance’: Tania & Tiffany Throw Down”